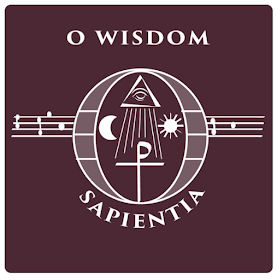 Two days ago, the United States Catholic Conference of Bishops (USCCB) tweeted this: 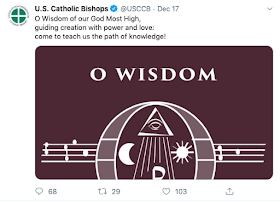 See the header picture for the full image.

Did the USCCB actually just tweet out a Masonic symbol?

Judging from the replies, many Catholics had no doubt: 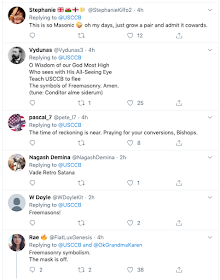 On his non veni pacem blog Mark Docherty published some actual Masonic images to dramatize the similarities. Take a look again at the image above. Now look at these: 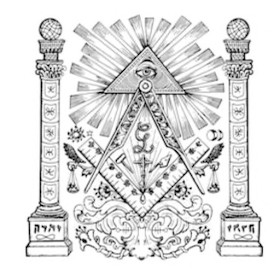 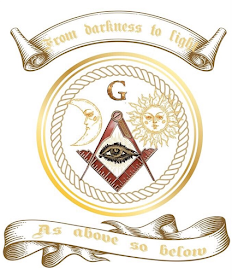 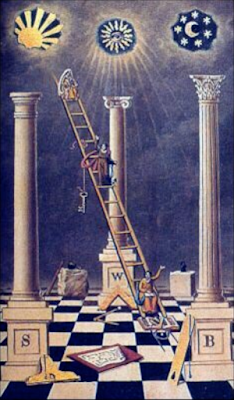 I said "many" Twitter Catholics had no doubt what was going on. But, in fact, among those who replied to the USCCB's tweet, it wasn't many but all. There are currently 73 Replies to the tweet. Every one of them, in expressions ranging from anger to humor to incredulity, agreed that the symbol is Masonic.

As far as I can see, no one is defending the USCCB on this, at least in that Twitter stream. The closest a few have come is to say something like, okay we know you're not really Masons but why are you being so stupid as to make people think that you are?

See, even though every single person who commented though it was a Masonic symbol, it's actually just a benign representation of the trinity and God's omnipresence.

It's also an oil lamp:

Sorry for the confusion.

Are the members of the USCCB Freemasons? Let's stipulate that they're not. Rather, let's assume that they are exactly what they appear to be - a group of vaguely apostate aging homosexuals who when they're not reminiscing about their faster romantic lives back in the day do a bit of caring about immigrants and the poor.

They wouldn't know a Mason from a Mason jar.

But then why are they trying to look like Masons? Why would any non-Mason want to do that?

Or if they really are Masons, Isn't part of the point that one tries to hide it? It's a conspiracy, after all.

It's as if they want people to know.

Maybe the stars are right.

But here's one final detail:

73 out of 73 tweet replies were negative. The USCCB left its tweet up and left the replies up. Except, sort of, for one. They actually hid one of them. 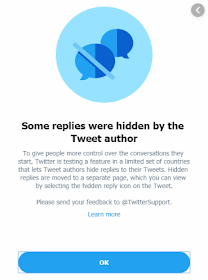 When I saw this, I wondered. What tweet could be so bad that they would want to hide it? I assumed it was filled with profanity or it called them poofters or whatever.

They want you to know but they don't.

They want you to know but on their terms. The don't want the story getting into the, as it were, wrong hands.

They want to control the narrative.

So this is how the fiendishly clever social media people at the USCCB attempted to control the narrative.

And that's why they're paid the big bucks.

Here is what they hid: 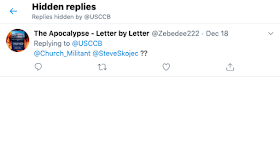